With the PlatoForms team feature, your team collaboration is stronger than ever. 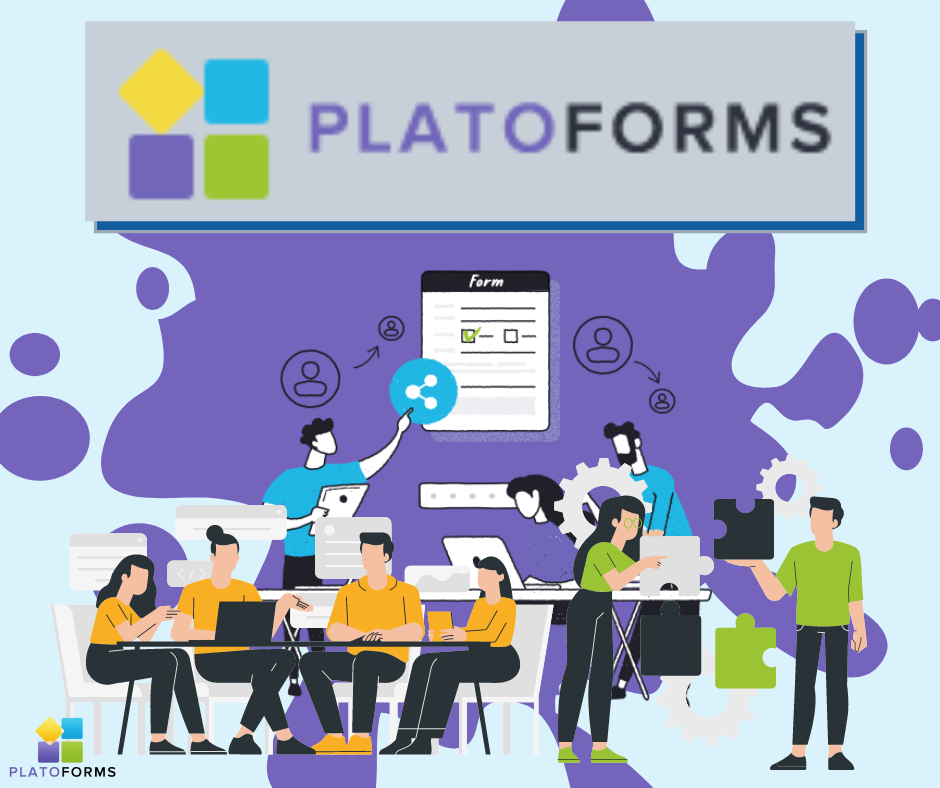 Wouldn’t it be great if your team members could access your online PDF forms to edit and review them—without having to log in with your account?

Aside from turning PDFs into fillable forms, you can also do more with your PDF with PlatoForms. Thanks to our team feature, it’s now possible to let your team view your online PDF forms and edit them. Whether you’re a project manager or a team member looking for more efficient ways to use share forms online, read on.

Read more: How to use PlatoForms for teams

Going up and down the stairs to send a document that needs to be signed, the back and forth of sending physical forms for employees to fill out, the I-need-to-start-over-again because of a single mistake in paper form—we’re all tired of the usual office scenarios like these. We’re not only focused on eliminating paper in our daily business transactions (well, not completely), but we’re also passionate about increasing efficiency through the improvement of internal workflows.

One of the most common problems of today is the back and forth of paper documents. This is apparent in every industry—HR, education, banks, outsourcing companies, and many more. The sending of physical signatures and approval of forms take more time than it needs to be. If only this is addressed enough, companies don’t have to worry about printing forms and of course, wasting time.

On the other hand, with the consistent evolvement of technology, a lot of companies have gone digital, such as Pfizer, Lego, Home Depot, and IKEA. Automation is now a thing—including filling out and sending forms. Companies learned that forms shouldn’t be a piece of work, but rather must be a gate to efficiency.

Because businesses start to digitalize their form-filling tasks by choosing software that suits their needs, not all tools provide features specifically for team efficiency. Some of the common problems today are:

Some online forms are just difficult to access—especially if the form tool provides limited access due to priced plans. Because of this, it’s difficult for teams to share forms easily under one tool—resulting in more work, like downloading of forms, manual sending of them through email, or worse, using another software to do the job.

While sharing of accounts is quite a common situation in companies, it’s not the most ideal and secure. Giving your account details to your team members won’t only encourage multiple logins prone to security attacks, but also tedious work.

A form software that doesn’t let you specify who’s the form editor or viewer—what a mess. It’s important to edit team permissions to avoid confusion, unnecessary errors, and time-consuming tasks.

PlatoForms team addresses these problems by allowing you to collaborate better with your team. Built to let you share forms easily online, you wouldn’t only benefit from turning your PDFs into fillable forms, but you’ll also maximize your team’s joint effort.

This feature takes care of your common office dilemmas: No more manual sharing of online forms and unnecessary sharing of accounts.

How to use PlatoForms for teams 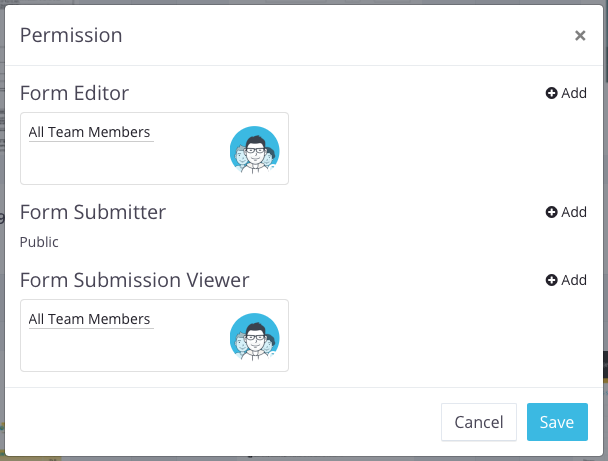 There are a lot of ways to leverage PlatoForms for your team’s efficiency. Two main factors are to invite team members and switch between teams. Inviting team members means you’ll invite them to edit and view your forms, while switching between teams means you can switch from different teams from one team to another.

The good news is—you can edit your team’s permission for every PDF. Why is this an advantage? Two things: It lets you customize who’s responsible for a certain task, and you can streamline the workflow process. In this feature, you can specify who will edit the forms, who will submit them, or who will just view them.

Pro tip: Did you know? You can turn your PDFs into fillable forms with PlatoForms. Convert your PDFs to web forms or share them easily by signing up here.

Stretching the efficiency of your team productivity isn’t the only advantage of PlatoForms’ team feature. Benefit from these advantages below:

Take away the manual sending of documents, delivering, and waiting for form approvals—you’ll thank yourself later.

With the ability to edit form permissions, you won’t have to worry about who’s going to edit or view—letting you be confident of the accuracy of your forms

No need to download PDFs and print them—no extra costs for another software, either. Save business costs from printing and manual sending of forms big time.

Share your forms online easily without any fuss. Adding team members to your team page means inviting them through email, with no other complications.

Make sure you’re making the most of your team productivity with PlatoForms’ team feature. Turn PDFs into fillable forms and share your forms online conveniently with your team members for a smoother work process. Sign up here today to know more.